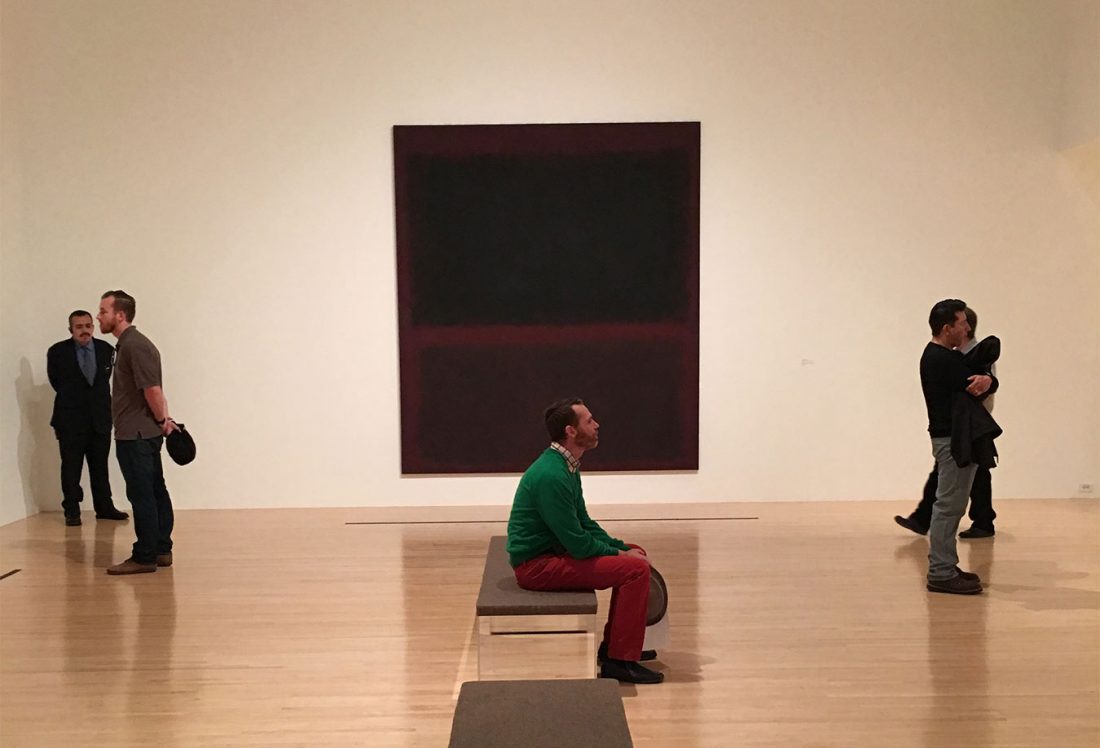 MOCA Exhibit: The Art of Our Time

To commemorate the end of a year and a group of passionate artists and craftsmen, the entire HartmanBaldwin team enjoyed a “day off” in the City of Los Angeles. The entire firm made use of local public transportation, utilizing the Metrolink with one destination in mind: Union Station. From there, we made what seemed like a pilgrimage from Union Station to our first stop of the day, the Geffen Contemporary at MOCA, located in the Little Tokyo Historic District. It should also be mention that this particular location was once home to a police car warehouse before the museum acquired the space. The structure was renovated by architect Frank Gehry and opened its doors to the public back in 1983.  Speaking of Frank Gehry, be sure to check out his exhibit at LACMA (on view through March 20).

After our visit to the Geffen Contemporary, we decided to make another trek into Downtown Los Angeles and headed for the MOCA. The current exhibit on view, The Art of Our Time , highlights some influential contemporary art, including work by artists such as Mark Rothko, George Herms and Abstract Expressionist, Jackson Pollock. Our team enjoyed a self-guided tour of the exhibit, while engaging in creative conversation.

Be sure to check out the exhibit at MOCA now through September 12, 2016.

Chief Curator Helen Molesworth has installed an exhibition highlighting the affinities between artists and artworks in an attempt to rethink the now conventional chronological installation of art. By exploring connections that emerge through artist friendships, the history of art schools, and artists’s own stated interest in other artists’s work, this presentation of MOCA’s esteemed collection of post-1945 art highlights iconic works alongside lesser known material drawn from the nearly 7000 objects in MOCA’s collection. Recently acquired work is on view, gesturing towards MOCA’s newly invigorated collecting. MOCA’s collection is considered to be among the most important collections of post-war art in the world, this installation aims to reintroduce its richness and depth as well as signal a new era of scholarship and a renewed commitment to collecting at the institution.