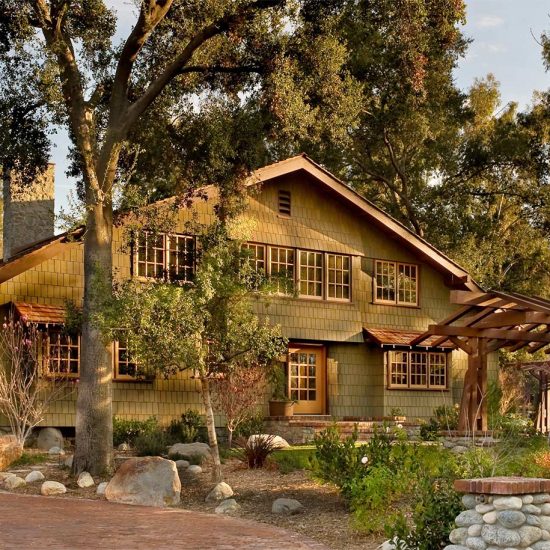 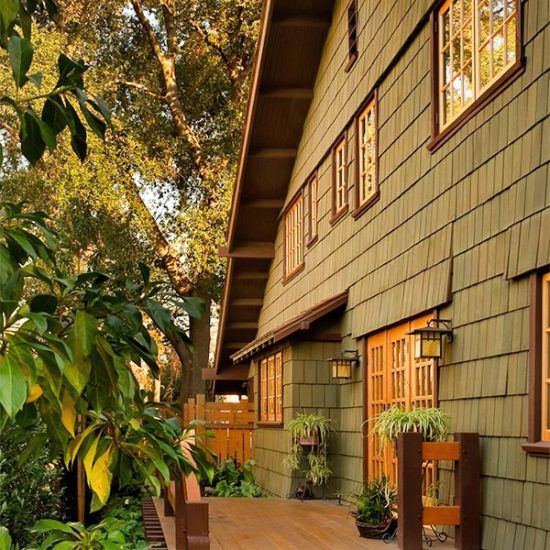 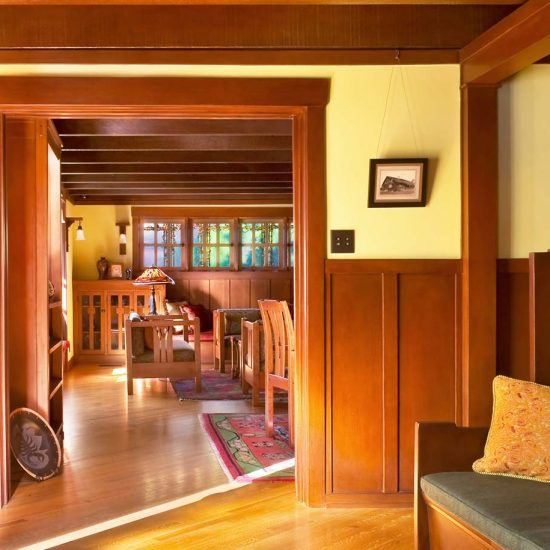 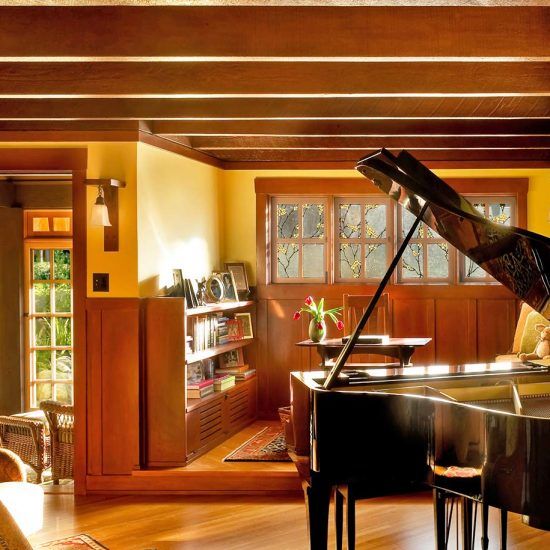 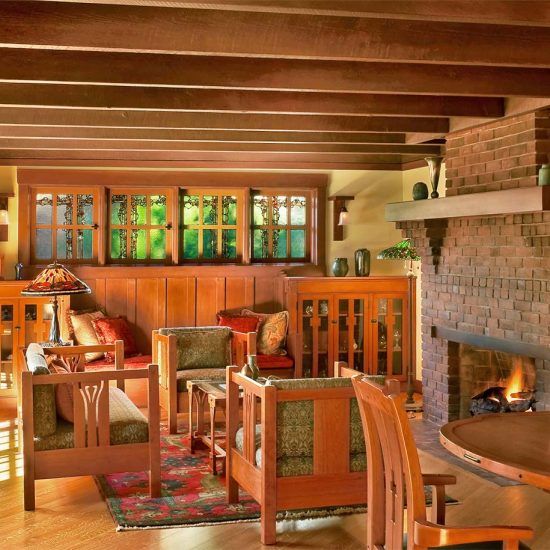 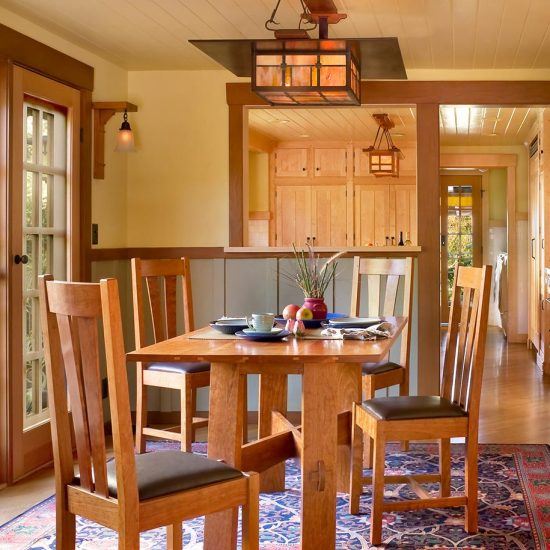 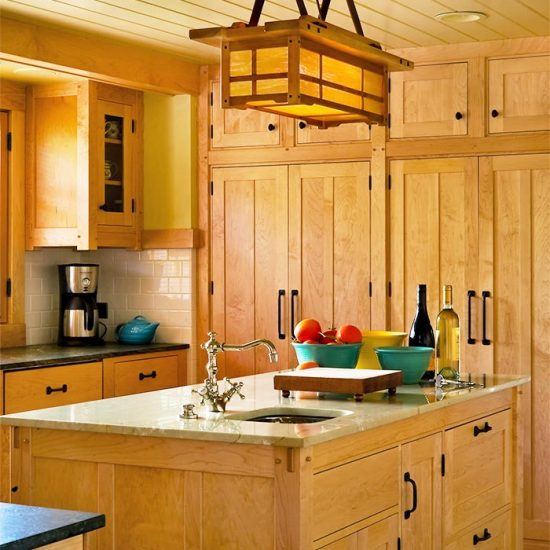 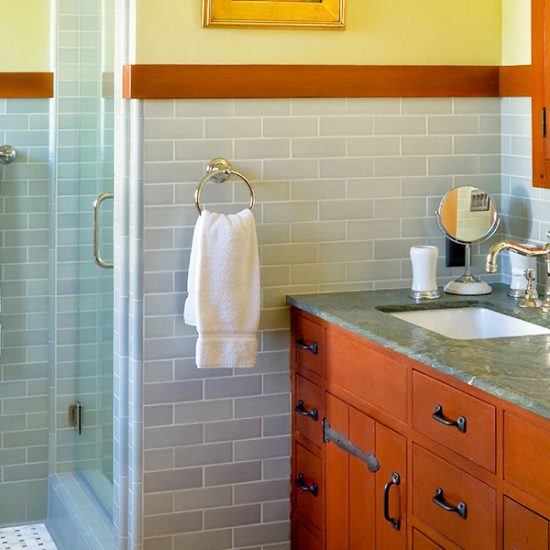 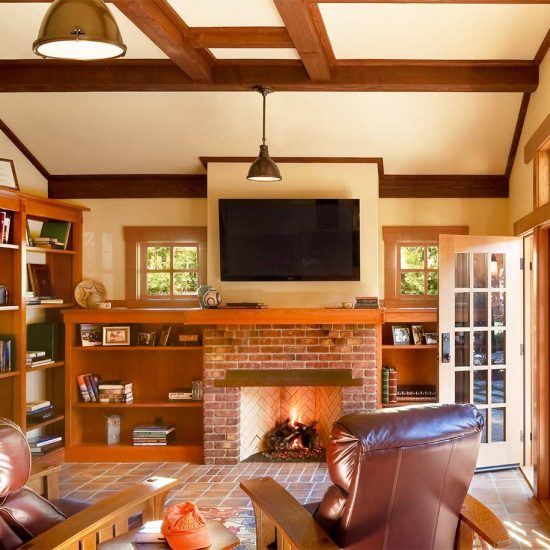 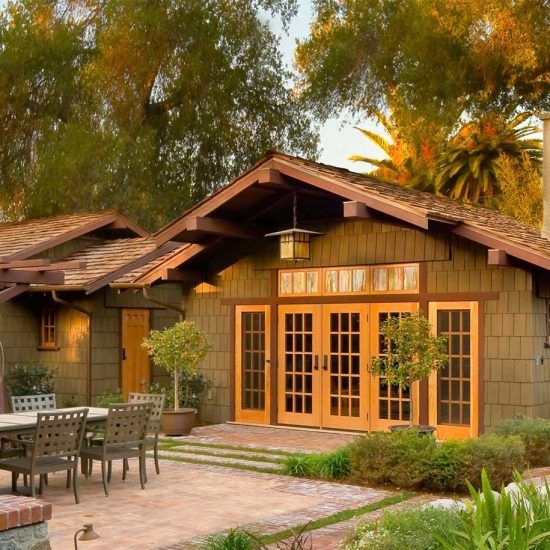 The Darling Residence is the only Greene & Greene house in the City of Claremont, CA and has “always been considered a local showplace,” according to City records. In 1903, architects Charles and Henry Greene were commissioned by Mary Reeve Darling to design a house in Claremont. It was their first commission outside Pasadena, and a significant turning point in the evolution of the Greene & Greene design aesthetic that would lead to the world-renowned Gamble and Blacker houses.

Now owned by the Wright Family, the Darling house recently underwent a major renovation. The goal was to upgrade the building to accommodate a modern-day lifestyle while protecting and restoring the home’s architectural integrity.

HartmanBaldwin followed specific guidelines as set forth by Build It Green, a green point rating system that certifies the level of ‘green’ measures applied to residential construction.

Natural Resources. The project team took strides to reduce waste wherever possible. “Everything that could be saved was refurbished and reused onsite or in another location,” said Brookman. Some of the original plumbing fixtures, as well as a pedestal sink and kitchen sink that were not original, were removed and reused on another project. Construction waste, including cardboard, plastic and aluminum, were recycled.

Community and Living Green. As is common with many older homes, the Darling residence presents an inviting face to the community, with a front door and porch oriented toward the street. The entryway also provides residents with a good view of callers approaching the door. The pedestrian-friendly neighborhood is served by public transit, and many neighborhood services and amenities are located within walking distance. The project also received GreenPoint Rated points for accessibility, thanks to a ground-floor bathroom that has blocking for grab bars.

Building a “Green” Greene & Greene Improving the environmental performance of a historic home proved to be an exciting opportunity for the HartmanBaldwin team. “After studying sustainable, energy-efficient architecture in college, few clients were interested in such applications during the 80’s and 90’s,” said Alan Brookman, HartmanBaldwin’s lead architect on the project. “This was the first significant project I’ve been involved with that could be considered green.” HartmanBaldwin carried out the large and complex renovation project in multiple phases. One of the first steps was relocating the original garage to another Claremont property which was then restored and used as a small guest house. The new garage and studio were built in the same location and replicates the design and scale of the original, but accommodates three cars and is positioned to afford more private garden space on the otherwise exposed corner lot. The starting point was the main house that had seen better days. Many interior and exterior components were extremely worn or rotten.

There was extensive rot in the roof outlookers supporting the broad eaves, and most of the windows were either not original or rotten beyond repair. Poorly planned past remodels had compromised structural integrity in some areas, requiring reinforcement of some walls and the roof. The original finishes had mostly been altered, and the exterior shingle siding and roofing were not original. The project also involved renovating many of the home’s interior spaces, including the kitchen, breakfast room, laundry and bath, living and dining rooms, office and upstairs bedrooms. The remodel reorganized an inefficient, earlier kitchen remodel, and added vintage-styled bathrooms for guests and visitors. Additionally, a larger master suite was created with a full bath and additional closet space.